Amazon Map Tracker, a feature the company quietly introduced last month, has started expanding to more users in the US, as noted by Android Police and confirmed by CNET. The feature gives you a real-time map of your Amazon package delivery as it’s in transit, letting you watch a dot on the screen similar to monitoring an incoming Uber or Lyft driver. It was given a soft launch last year.

The feature is great for anyone who obsesses over the exact moment an Amazon delivery is slated to arrive. It’s also handy because it allows you to pop out for an errand by showing how many stops or deliveries the driver will make before reaching you.

“The Amazon Map Tracking feature is another delivery innovation we are working on to improve convenience for our customers and provide them greater visibility into their deliveries,” Amazon spokeswoman Alana Broadbent told CNET. 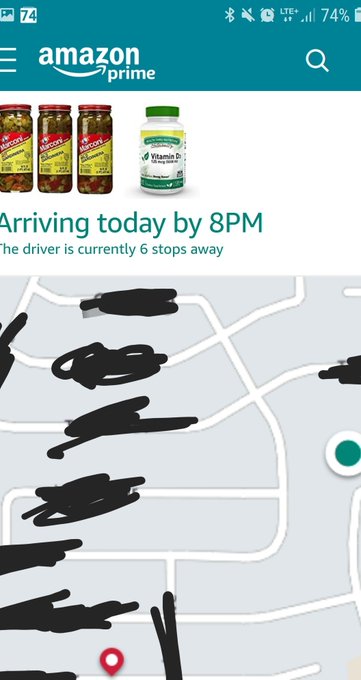 As some lucky users of the feature have noted online, Map Tracker only works with packages delivered by Amazon’s own logistics network and not those handled by UPS, FedEX, or USPS.

Amazon continues to evolve the ways customers can track their deliveries. Recently these have included taking photos of your front door to alert you when your package has been delivered and Amazon Key, which uses Amazon’s Cloud Cam and smart lock to monitor couriers dropping off deliveries inside your home.